U Bein Bridge crosses the Taungthaman Lake in Amarapura, Myanmar. Having a length of 1.2 km, it is the longest teakwood bridge in the world.

The bridge was built between 1849 and 1851. It is said that it was named after the mayor who had it built, U Bein. The wood was taken from the former Innwa Palace that was destroyed by a series of earthquakes in 1839. Innwa (also known as Ava) was the capital city of Burma (nowadays, Myanmar) for nearly 360 years, on five separate occasions, from 1365 to 1842. It was finally abandoned after the earthquakes and the capital was established in Amarapura until 1857 when it was moved to Mandalay.

The water level in the lake changes during the year, and during July and August it is at its highest.

In the past, Taungthaman Lake was a natural reservoir that would fill during monsoon season along with the close and very important Irrawaddy River’s rising water levels, and see waters recede in the summer months. However, under military rule (1990s), authorities ordered to build a dike to control the water flow, creating a year-round lake. In the past, people could farm in winter and summer, while fishing and working as boatmen in monsoon season. Nowadays, there are fish farms, but almost every man works as a boatman. Also, although the lake has been used for commercial fishing, over the years untreated wastewater from a nearby industrial zone has increased water pollution.

This has also affected the wooden bridge. Pillars and foundations are damaged, and there are possibilities of letting the water flow free again.

The structural system of U Bein Bridge is simple. Everything we see has its structural function.

The main material, as we already know, is teakwood. Originally, there were two approach brick bridges at both sides of the wooden bridges. They were later replaced by wood.

It has more than 1000 pillars that were hammered into the lake bed seven feet (2 meters) deep. The other ends of the posts were shaped conically “to make sure that rainwater would fall down easily”.

Some wooden parts of the bridge have been replaced with concrete, which in some cases are in a bad condition, showing clear signs of reinforcement corrosion, and cracks.

Every pair of pillars is separated around 4 m, and have rectangular holes on the top. Transversal beams pass through them and bear on the pillars, becoming simply supported beams spanning 2 m. There are five longitudinal beams on top of the transversal girders, which support the wood planks that make the floor for pedestrians.

There are transversal bracings between pillars, which are in a very bad condition, what makes them inefficient.

Renovation works are made from time to time in order to keep this structure in use.

Pictures by Behind a Great Project 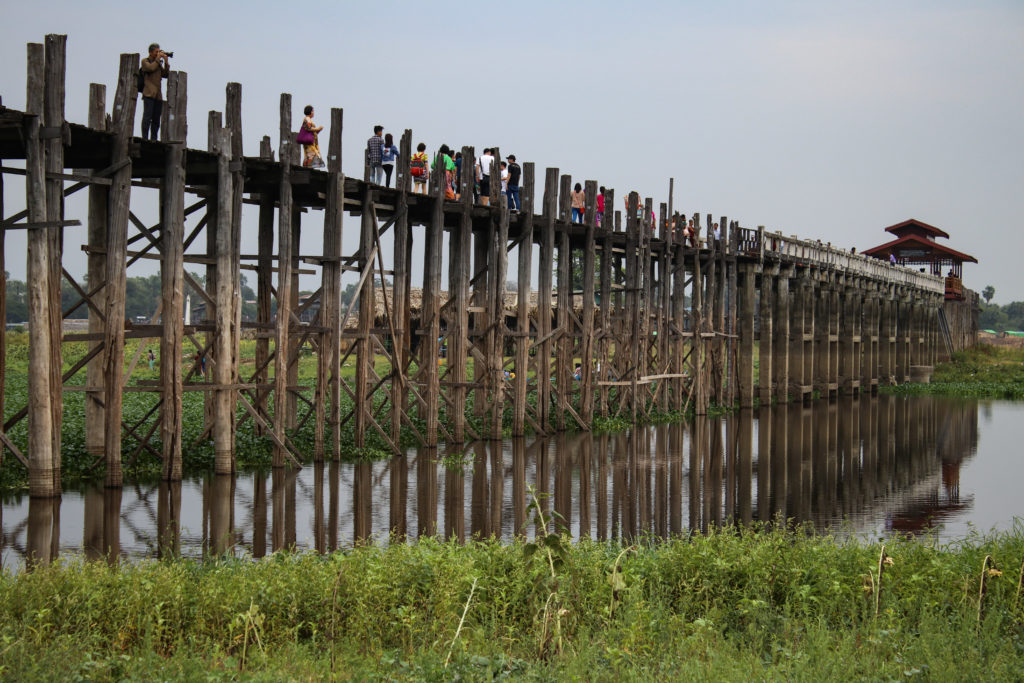 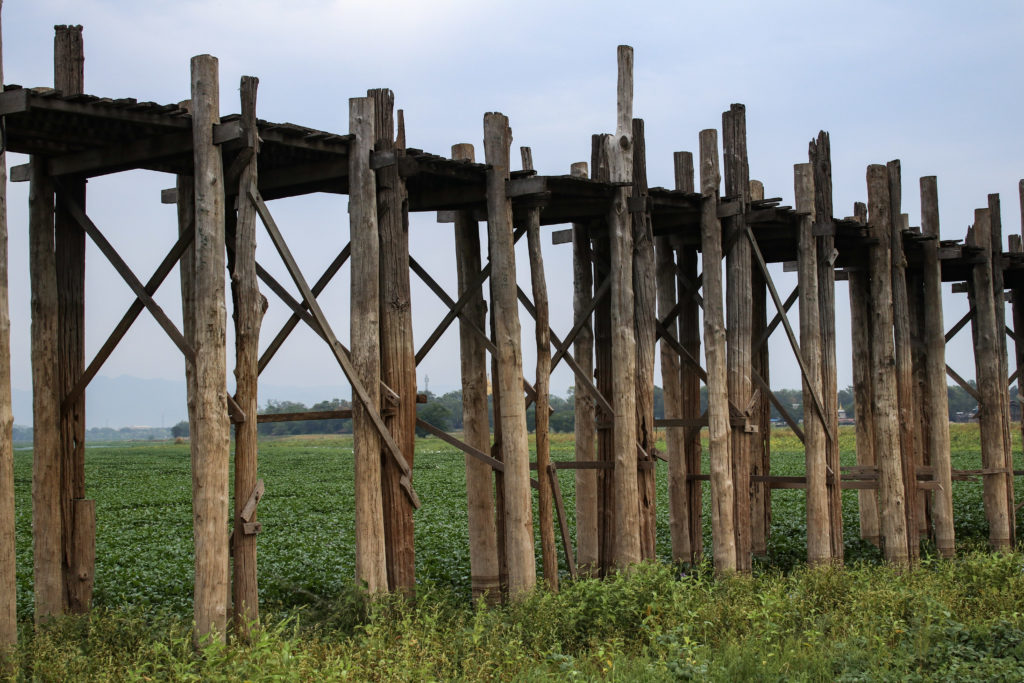 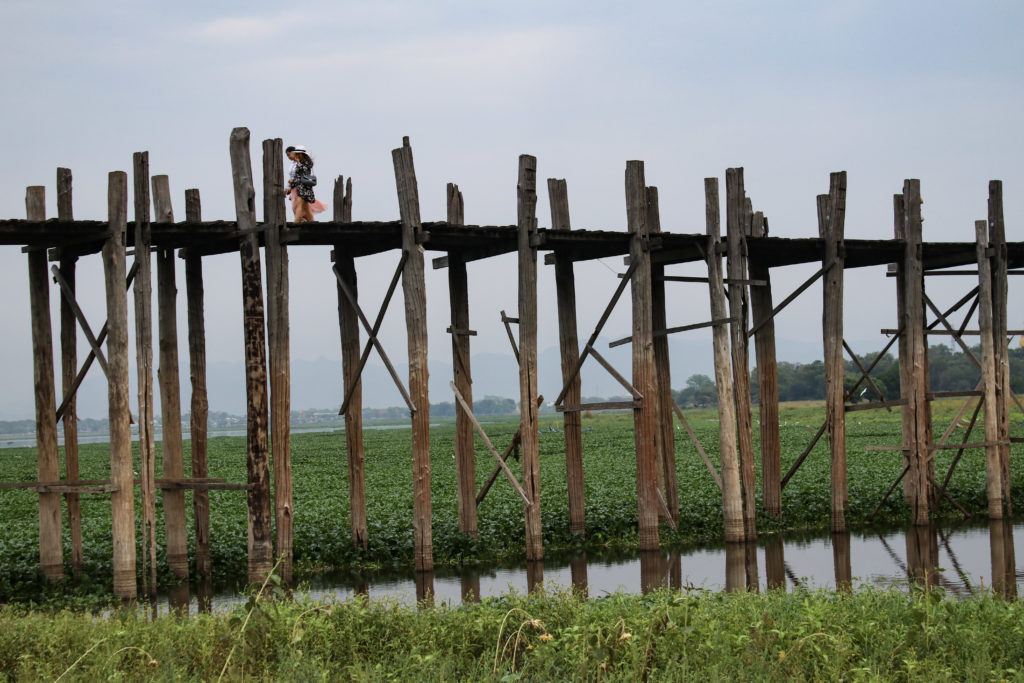 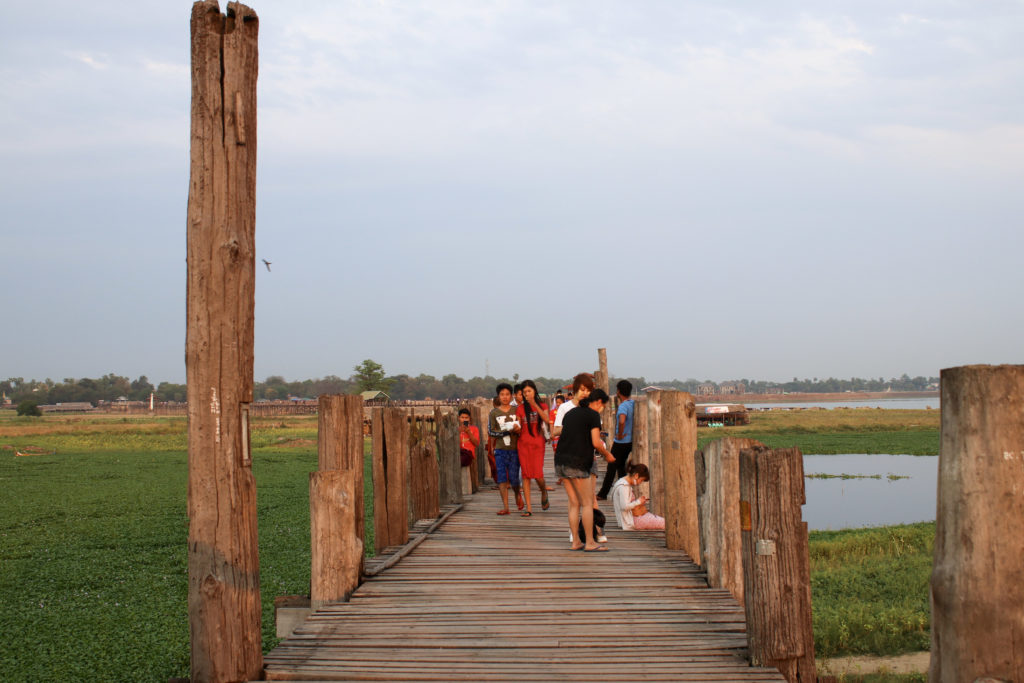 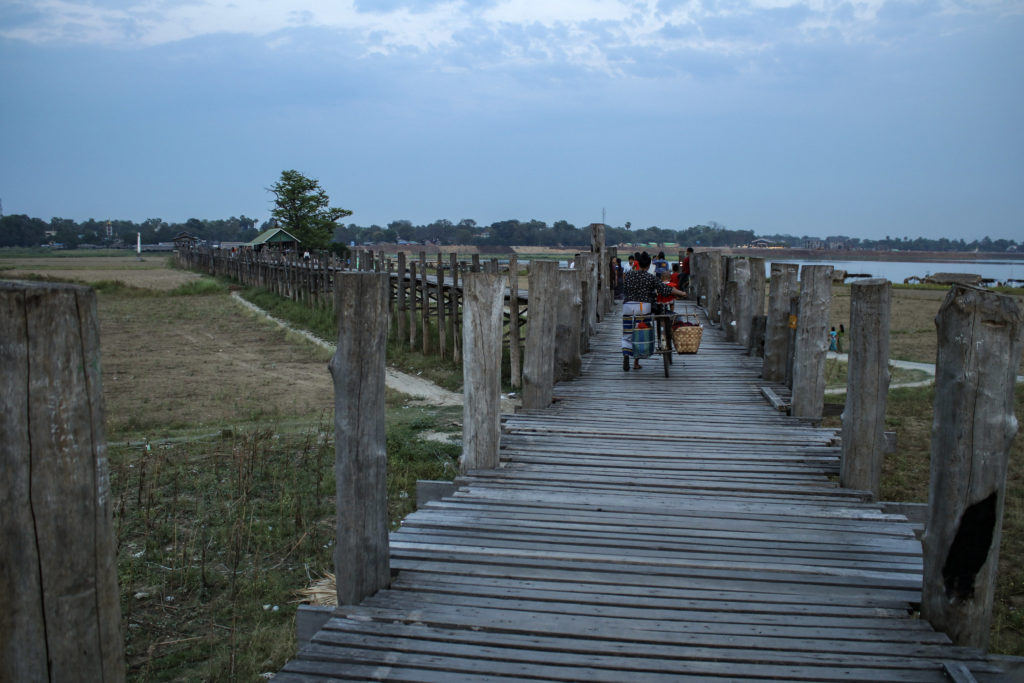 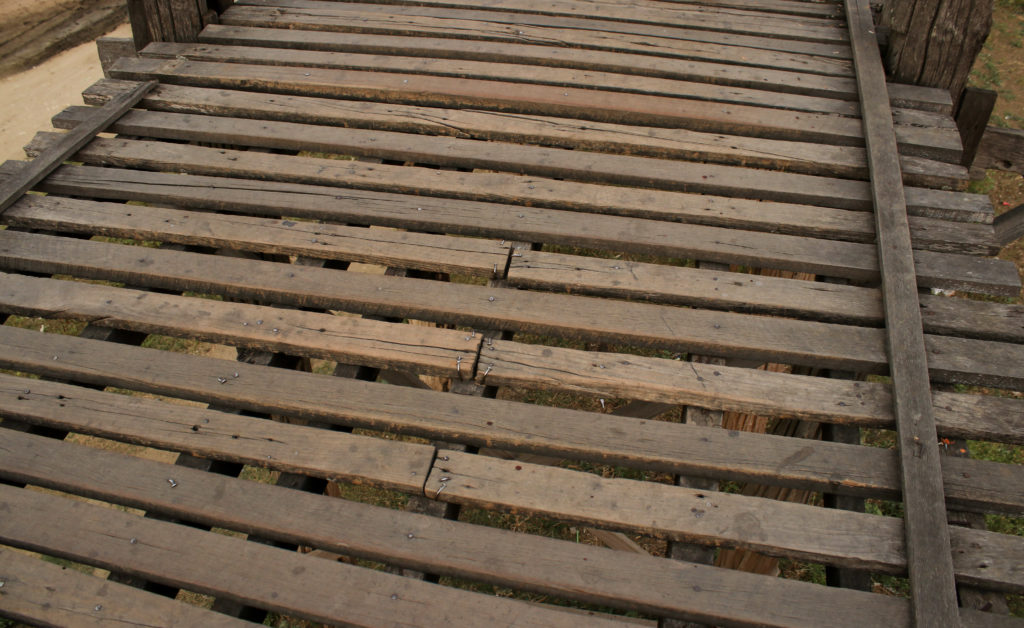 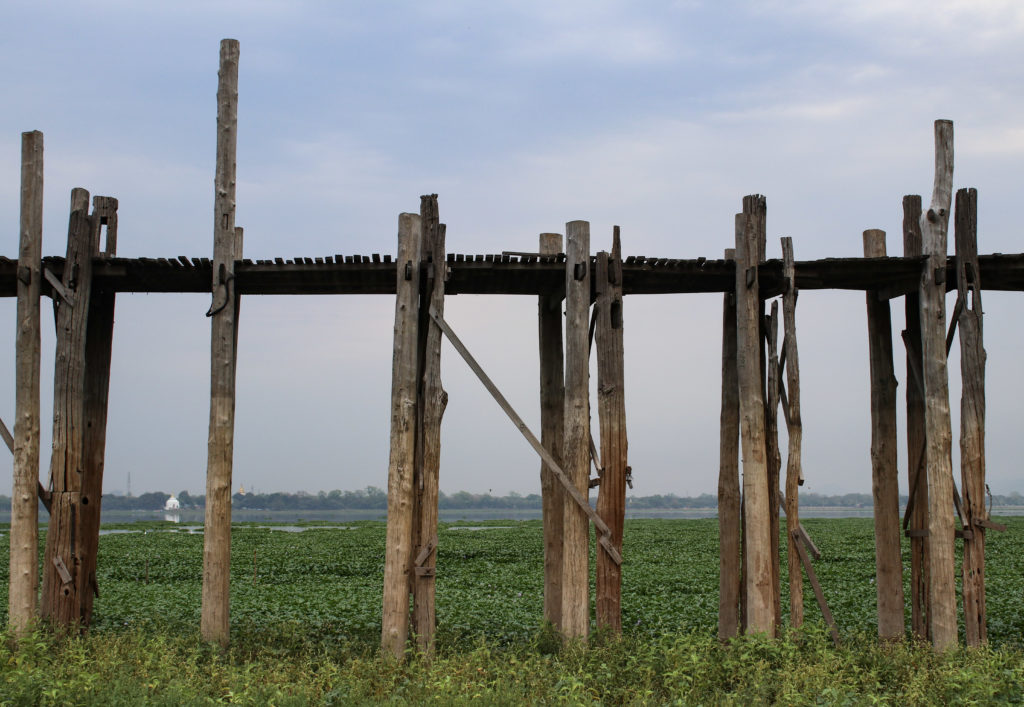 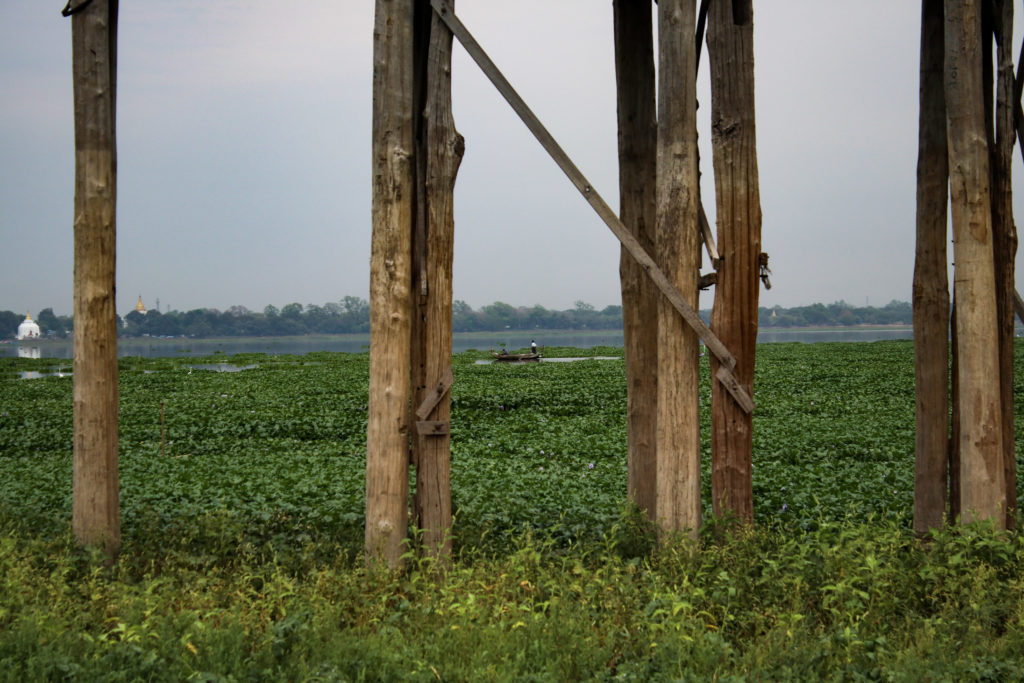 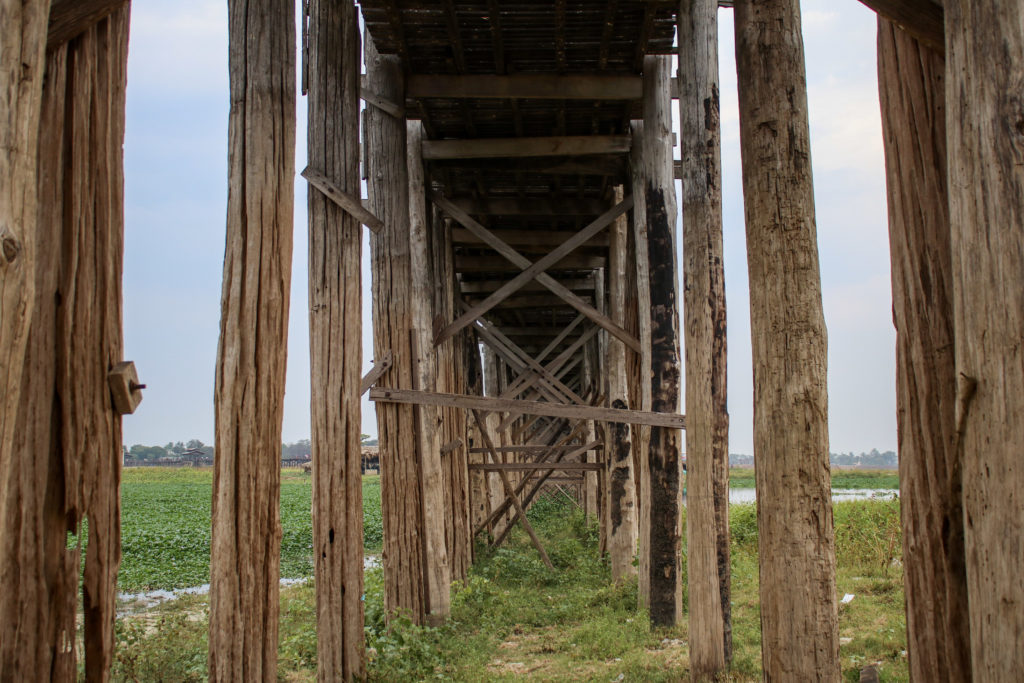 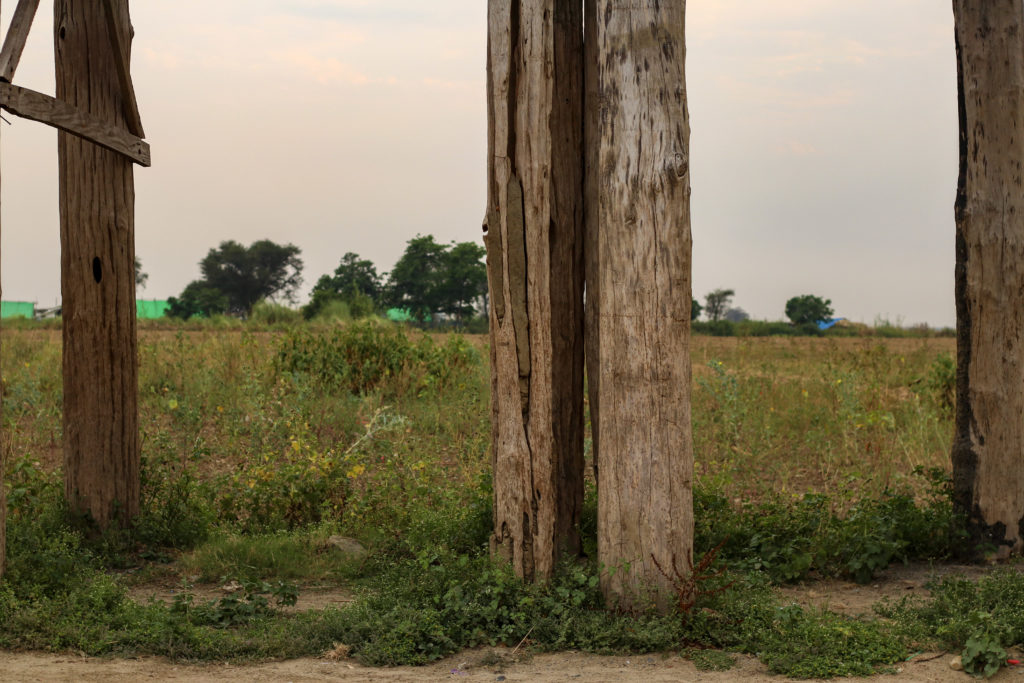 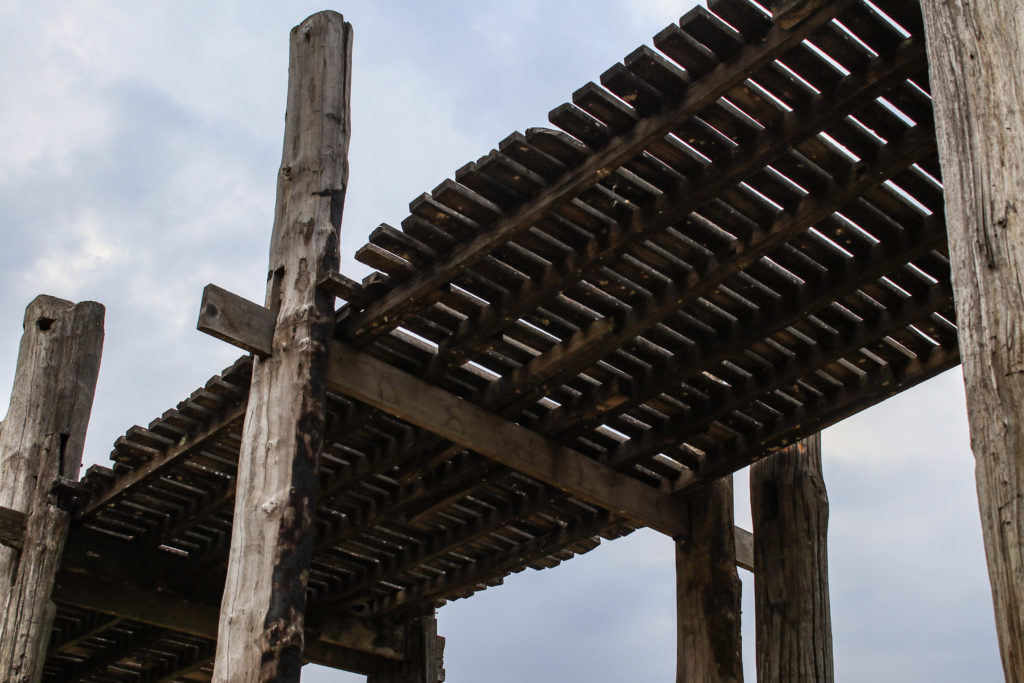 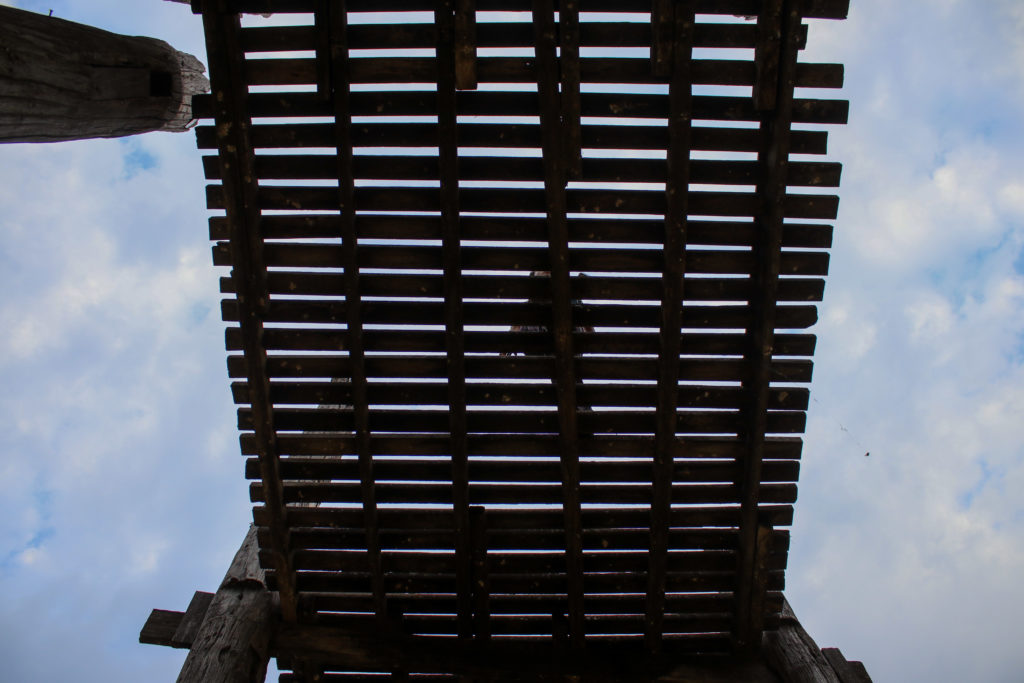 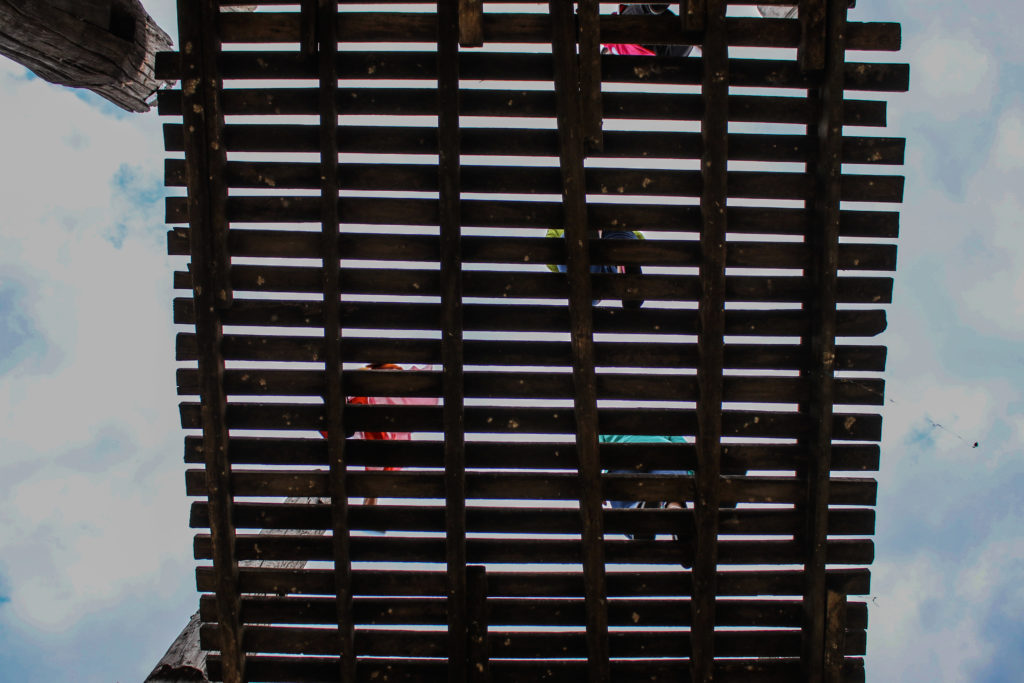 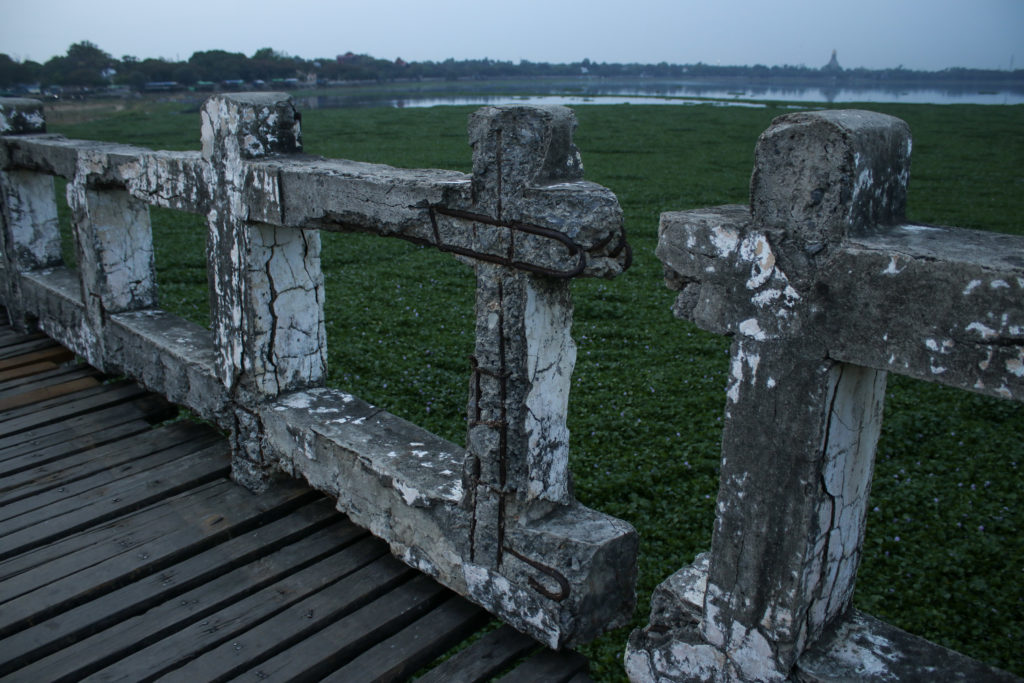