House over the brook

The House over the Brook, also known as the Bridge House, was designed by architect Amancio Williams in the 1940s.  It was made for his father, the composer Alberto Williams. Amancio’s wife, the also architect Delfina Gálvez Bunge, collaborated in the project. It is internationally recognized as one of the paradigmatic dwellings of the 20th-century modernist architecture.

Plan view of plot and location of the house

The house is located on a 2-hectare field in Mar de Plata (Argentina) crossing the Arroyo Las Chacras, which divides the plot into two. It does not currently carry water as its course was interrupted for sanitary reasons in 1957. The house is placed on what could be called an arch bridge that communicates the two banks of the stream.

Amancio Williams admired Le Corbusier’s architecture, and that inspired him in many of the distinctive features of the house: it is elevated from the ground to generate a free area under it; there are no internal bearing walls to have an open, flexible, and adaptable plan; the façade has a light design, with a large window running around the entire perimeter, which favors external communication. All this is correlated with an attractive structural design that we analyze in this writing.

“The placement of the house on the site is not merely a whim to create a home over a stream, saving its course, but the reason for placing it there, and not at any other point in the park was because, after a meticulous study of the vegetation carried out by Amancio Williams, and carrying out a ground plan survey of the site with every one of the trees drawn in its exact place (numbered from 1 to 121), that was the location in which the least damage to nature, in which fewer trees would have to be cut down, eventually having to eliminate only one among all the existing ones. ” [Translation from 2]

This house has suffered many difficulties throughout its history. Completed in 1945, Alberto Williams, the architect’s father, only enjoyed it until 1952, when he passed away. His daughter Irma inherited it and lived there until she sold it in 1968.

A radio station is then installed in the house, running from 1970 to 1977, when it was closed by the military government. The program had the slogan “from the House of the Bridge, a bridge to your house …”, giving the home its second name.

The owner keeps the house until he died in 1991. From this moment on, a period of about 13 years began in which the house suffered vandalism (wall painting and other damages). Plus, two intense fires (the last in 2004) destroyed practically all the wooden furniture designed by Williams.

In 2005, the Municipality of General Pueyrredón signed with the temporary administrator at that moment, Juan José Lago, a five-year agreement in which they began to take care of the property. They finally bought 60% of the plot in 2012, which includes the House over the Brook. They created the “Casa sobre el Arroyo” Museum, run by the Secretary of Culture of the Municipality of General Pueyrredón.

The house consists of a single-level rectangular box-shaped apartment. The plan dimensions are 27 m long by 9 m wide and approximately 3.20 m high. It is supported on a reinforced concrete arch through six double piers made out of the same material, spaced about 3 meters apart (6 m for the middle ones) and 15 cm thick. The roof slab is 6 m above ground level.

The house floor is a 30 cm thick reinforced concrete slab. The roof has the same configuration and is supported through steel columns set back from the facade, hiding to get the fantastic views from the large window surrounding the house.

Access to the house takes place from the arch’s starting points at each side of the stream, through a couple of stairs located on the curved structure. Since the arch slope varies as one ascends, the steps are of different sizes, increasing the tread and decreasing the riser (the first steps are higher and shorter, while the last ones are lower and longer).

These stairs divide the piers leaving a gap of approximately 1.5 m (width of the staircase) in the middle, thus creating a pair from each of them. Finally, the arch’s foundations are two large masses of cyclopean concrete in the shape of a horn, which transmit the loads to the ground.

In the words of Amancio Williams: “The way this house gets free ground is different from what Le Corbusier tried. It is totally different and seems more advanced to me because it happens through a three-dimensional structure. In this construction, structure, form, and quality are a unit. It is built with bush hammered concrete, and there is no gram of concrete not working. Its calculation has a sense of unity and, although due to lack of means, it has not been possible to solve it theoretically with that criterion, in practice, it has been obtained. ” [Translation from 2]

The calculation of this house’s structure was carried out by studying a “slice” of it. That is, the elements are flat, and the three-dimensional behavior is not considered because it was hard to capture it with the available technology of the time.

The house loads are transferred to the arch as point loads through the thin reinforced concrete piers described in the Geometry section. The arch has a parabolic shape, antifunicular of uniformly distributed loads. Because of that, it is subjected to bending moments that must be resisted by the reinforced concrete section.

Furthermore, deformations due to axial forces in the arch were neglected in the calculation, thus limiting the maximum allowed stress in the concrete.

In the structural analysis carried out by J. Rey Rey and D. Merro Johnston in the early years of the 21st century [1], they compared the forces in the arch obtained with a simplified calculation (applying the loads on it), with the forces obtained when including the slabs and connection elements. This last calculation tries to capture the effects of the structure’s three-dimensionality, although again studying only a “slice” (2D calculation).

It shows a reduction in deformations and forces. Both maximum axial forces and bending moments in the arch’s central area decrease thanks to the distribution of efforts generated by the slab. Despite this, the structure’s hyperstaticity produces stress redistributions, increasing the bending moments in other areas.

Amancio Williams carried out many tests on reinforced concrete for this construction. It is composed of granite stone from Olavarría, sandstone from Mar del Plata, oriental sand, and cement. The surface was then bush-hammered (a technique used to texturize and provide a corrugated finish) and acid-treated to roughen it.

The construction process is based on the design of a falsework to build the arch.

“The first week of September 1944, the construction of the arch falsework began, in the traditional slabs way, that is to say, a succession of 3″ x3″ beams supported on the same size struts. In this case, these beams were supported on four wooden falseworks that followed the arch’s direction. Five lines of struts were placed corresponding with the lines of support of the upper structure (piers), which were horizontally stiffened by boards placed diagonally and linking the nodes. Lastly, several lines of additional struts and a horizontal bridge were placed at the top of the arch to pour the concrete from a higher level, as is the usual practice. ” [Translation from [1]]

Once the arch was finished, workers observed significant deviations from the theoretical geometry. According to the engineers’ new calculations,  the stresses had increased due to the variation in the loads’ eccentricity. The results showed that the new forces were unacceptable for the structure. As the calculations didn’t include the possible helpful effects of the structure three-dimensionality, the engineer Carlos Alberto Treglia recommended performing a load test.  However, it didn’t happen and the arch had to be demolished.

Therefore, the construction started again, with a new design of the falsework based on the bridges of the Swiss engineer Robert Maillart. The struts’ feet were joined together to improve their stability, and a wooden portico was added in the center of the formwork span, with a larger section to guarantee higher rigidity and, therefore, less deformation.

In this case, the construction tolerances were reached and the structure was completed in 1945.

Also, the National Directorate of Architecture of Argentina, during the house restoration project execution, has generated a BIM model that you can enjoy at the following link: 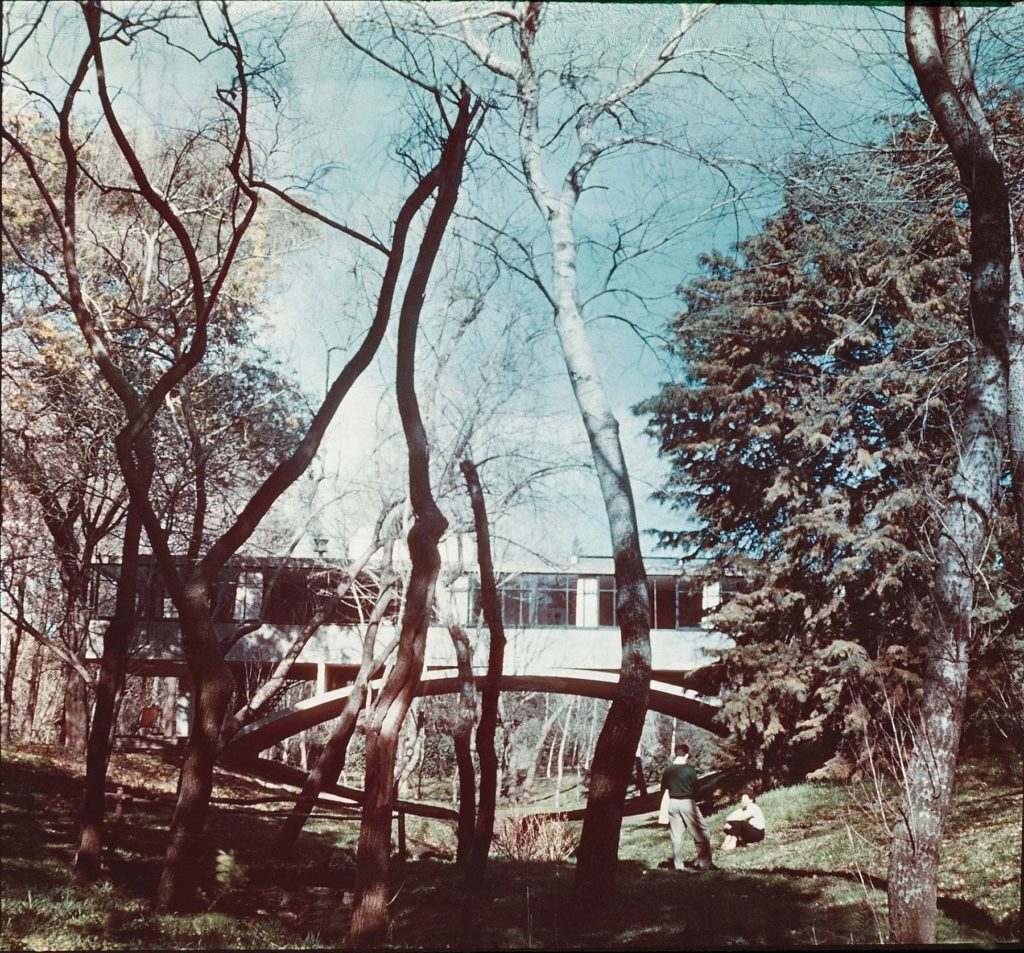 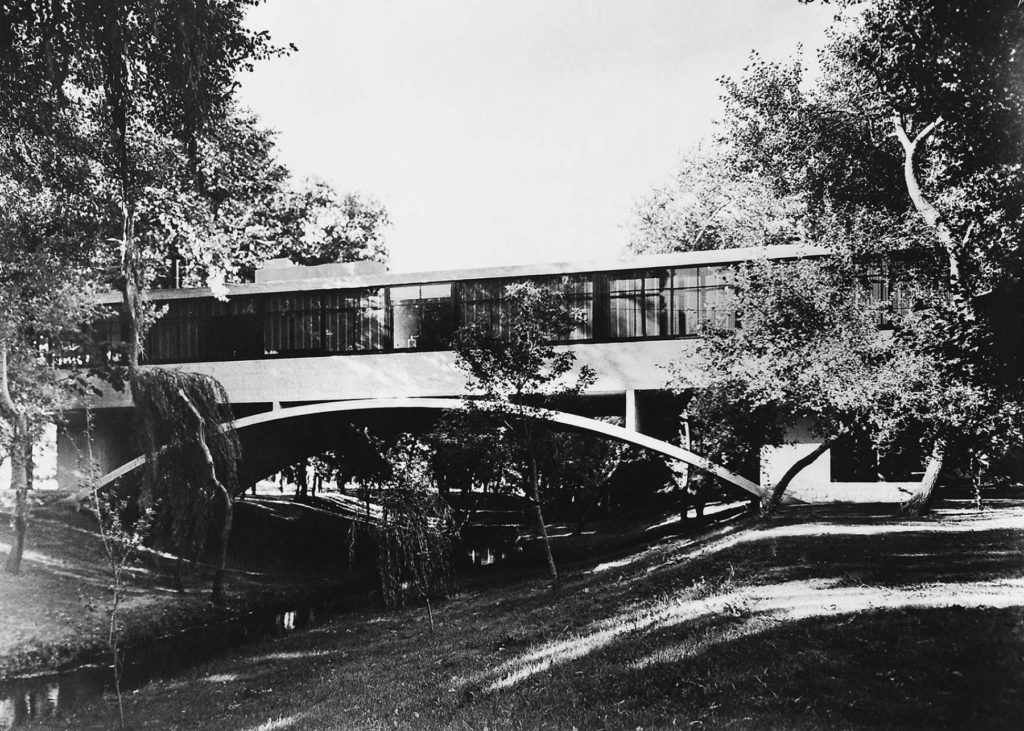 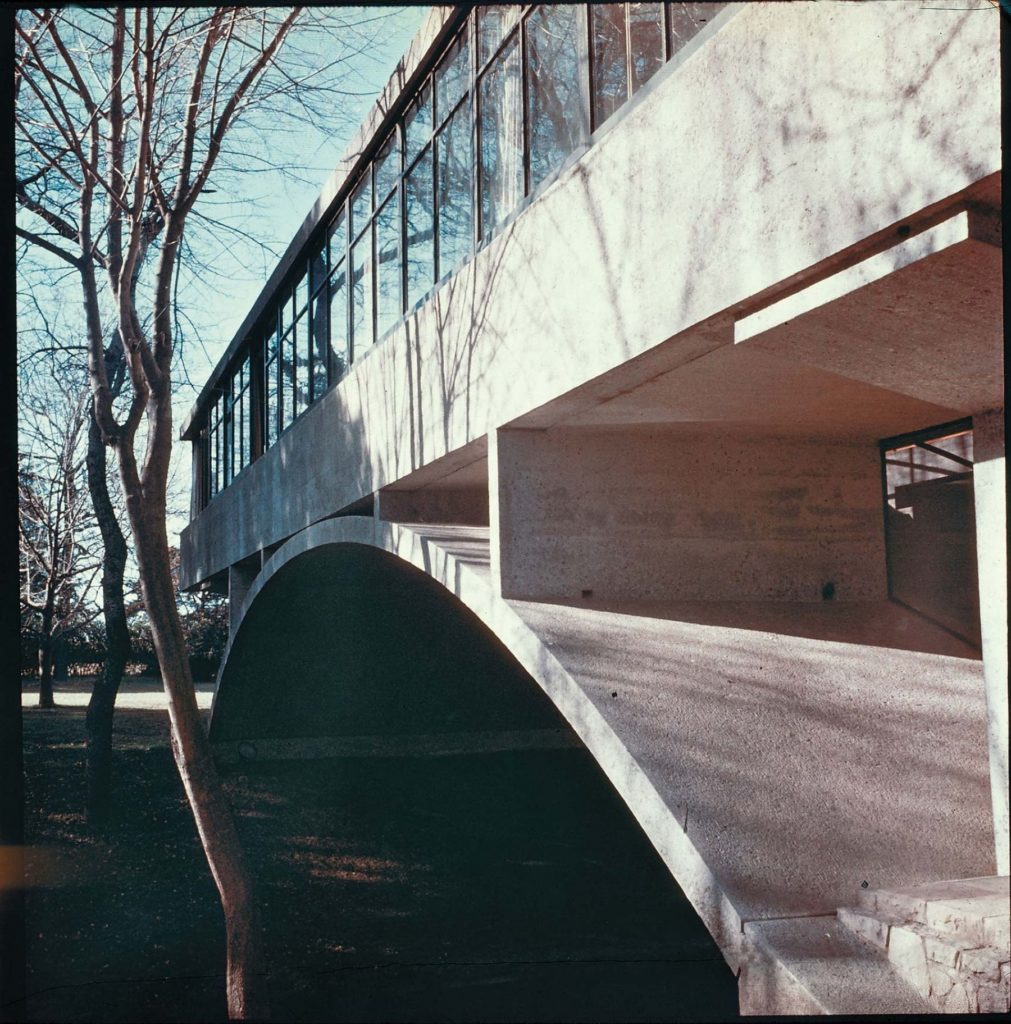 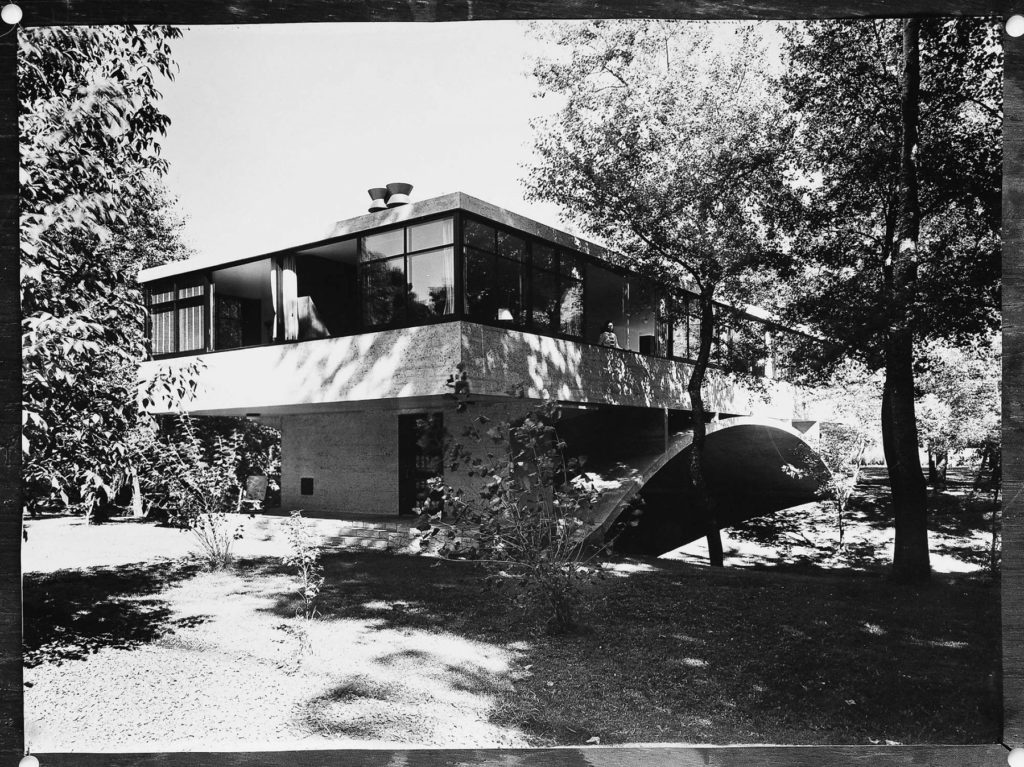 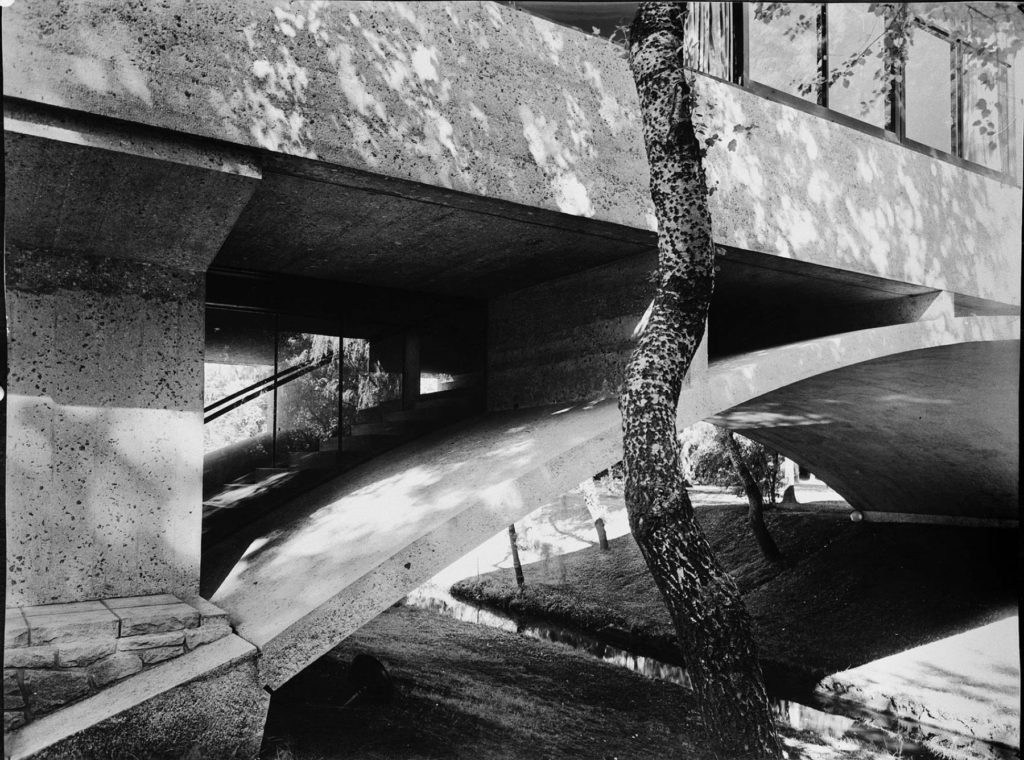 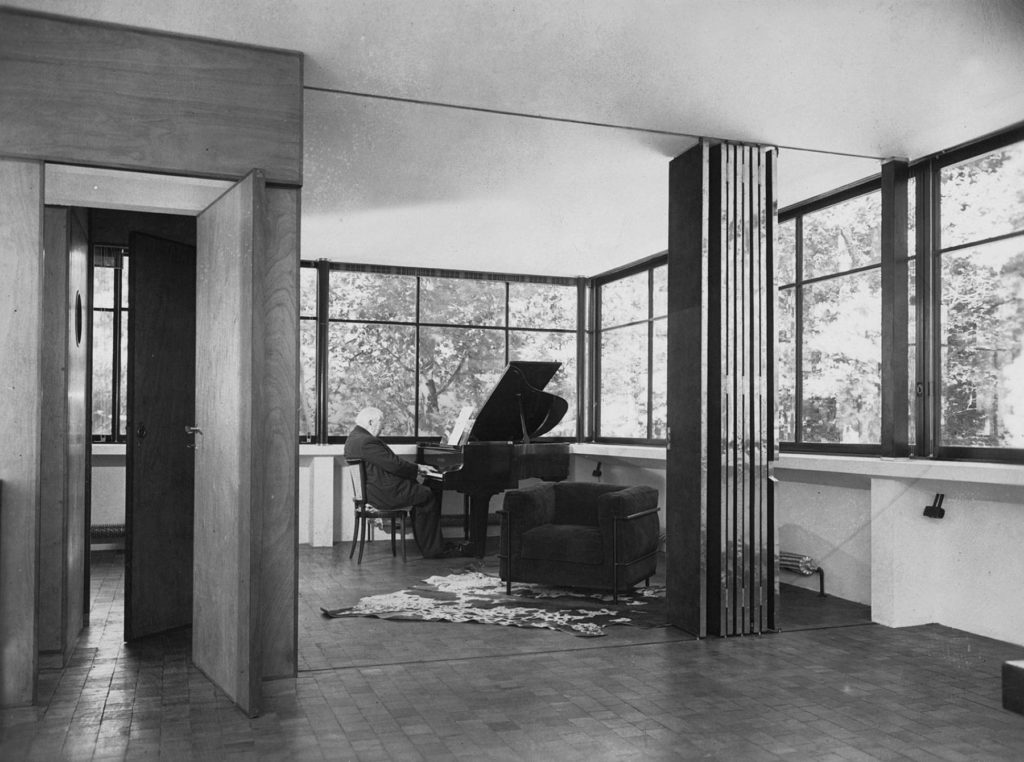 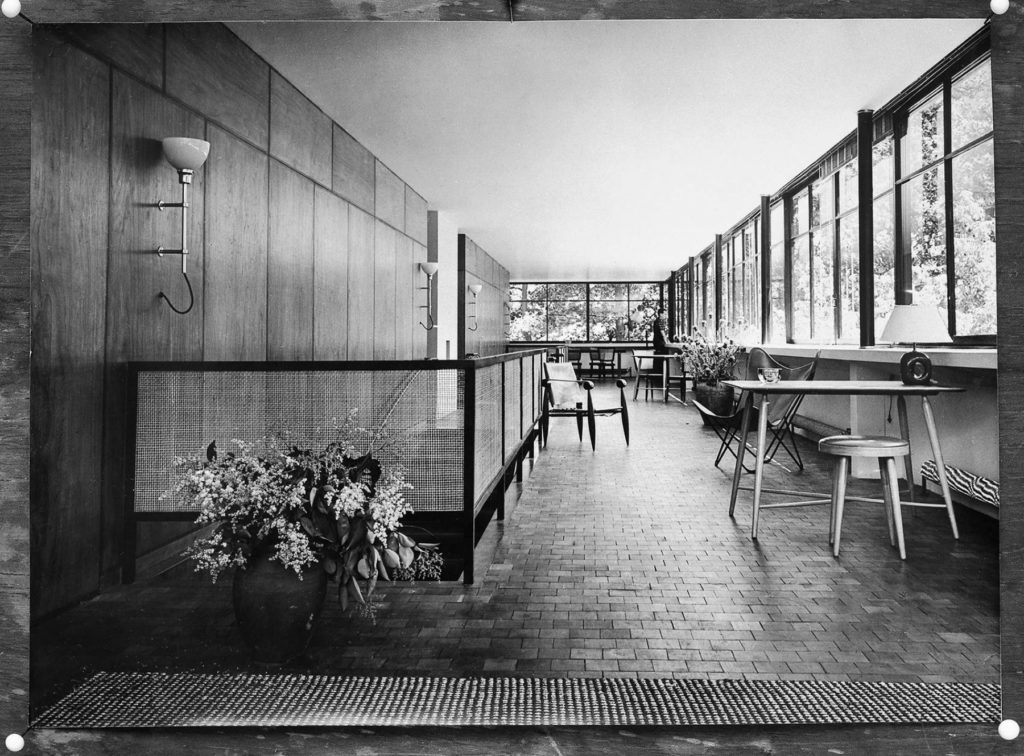 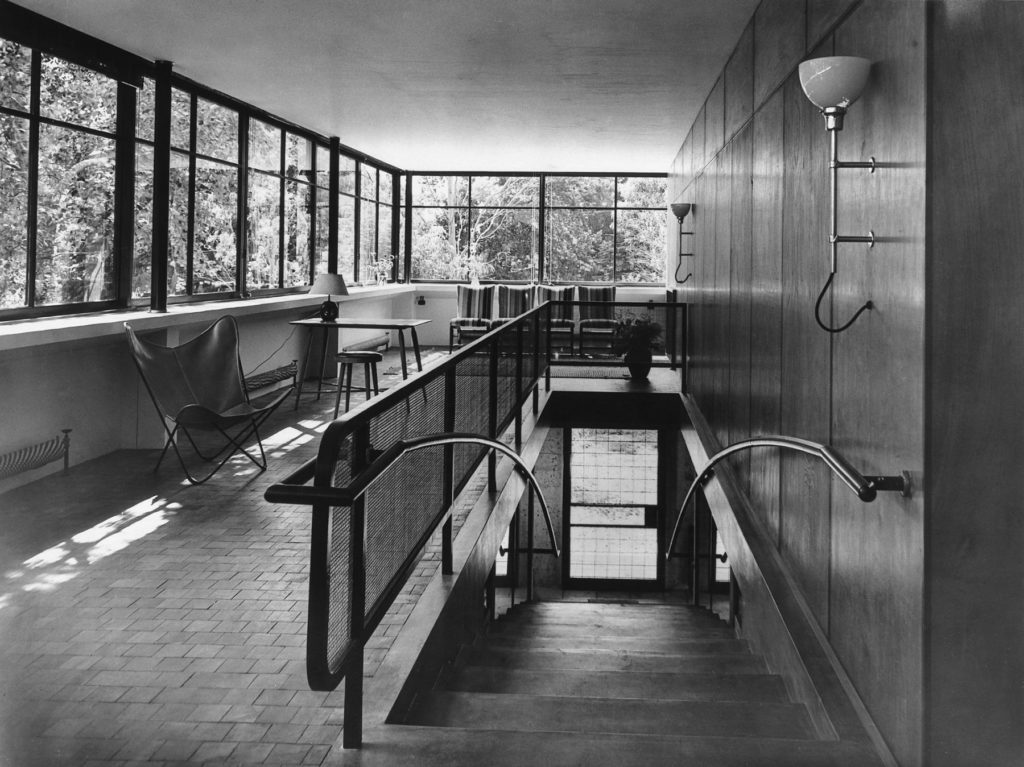 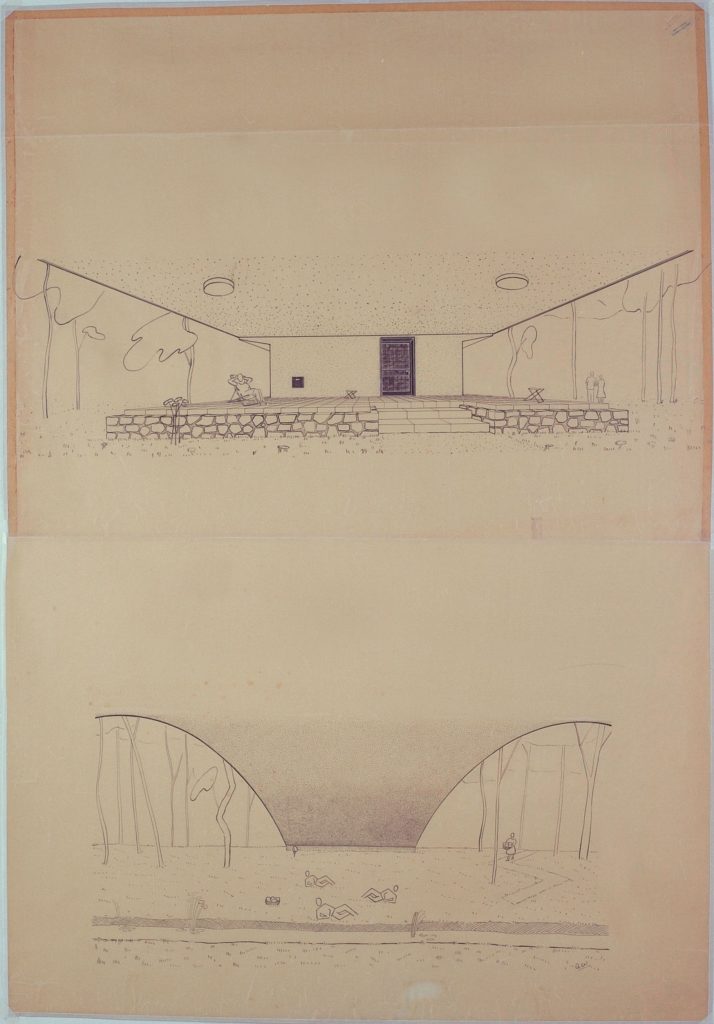 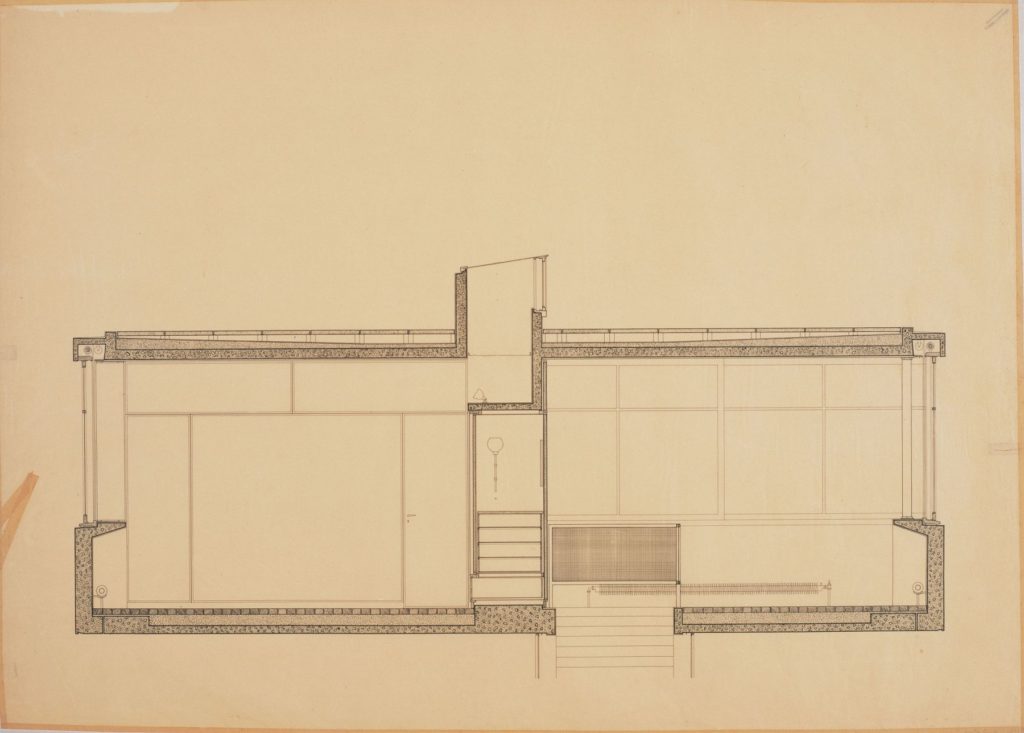 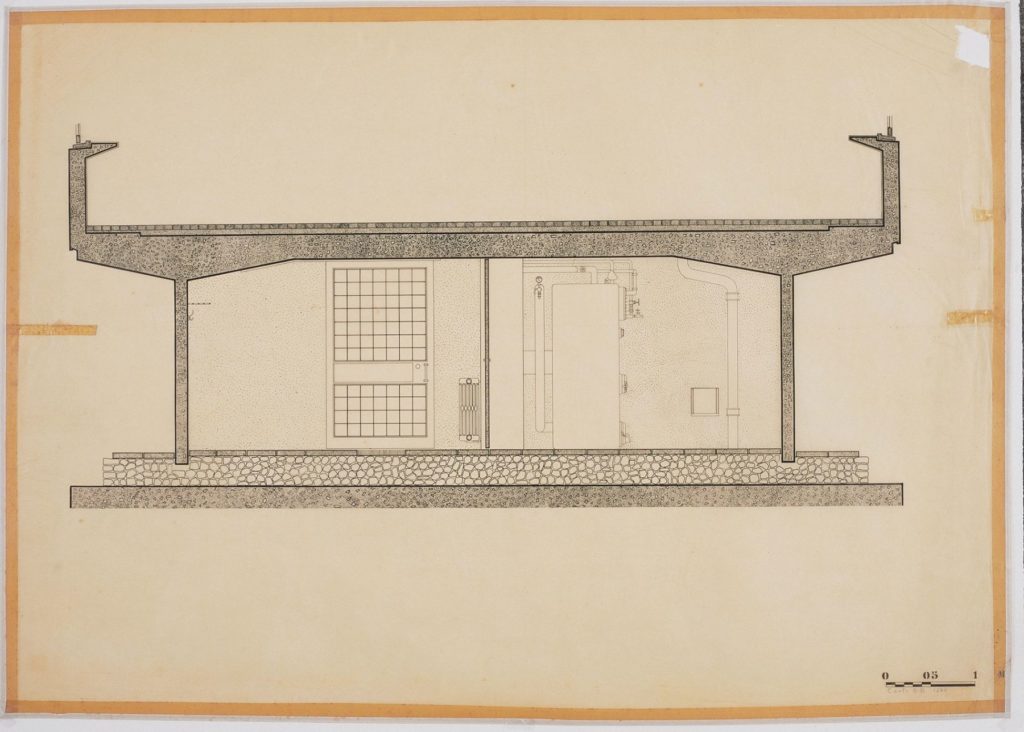 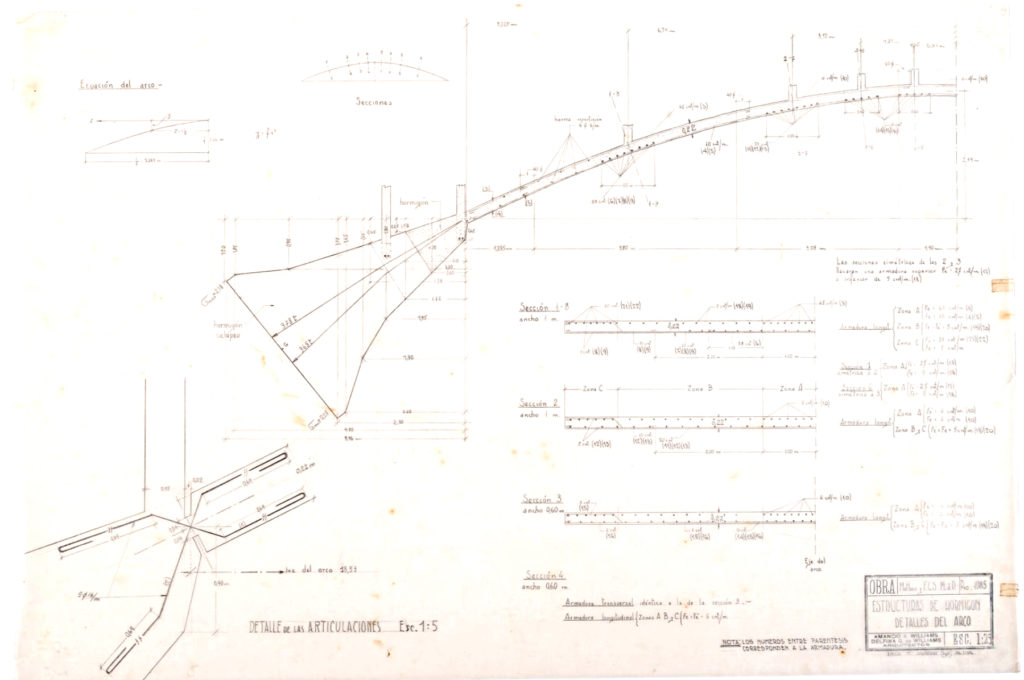 House over the brook